Fascinating tour to Transylvania - The land of Vampire! Enjoy a historical adventure to the Carpathians Mountains.

Discover the Romanian traditions and history in one day. The fascinating tour to Transylvania - The land of Vampire - will reveal the myth of vampires, the history of the royal family and medieval times.

Enjoy a historical adventure to the Carpathians Mountains and southeastern Transylvania, visiting the most famous castles in Romania, including Peles Castle and Dracula's Castle.

The first stop will be in Sinaia – the Pearl of the Carpathians. Here you will visit the interior and gardens of Peles Castle, the former residence of the kings of Romania. Admire furniture, ornamental objects, carpets, tapestries, sculptures, paintings and collections of weapons from the 15th to 19th centuries.

Continue to Bran with its famous Bran Castle, also known as Dracula's Castle. Well known around the world, the castle is a “symbol” of Romania. Learn about the castle's history and how it had a strategic mission being the border between Transylvania and Wallachia.

Continue with a short tour of Brasov, a medieval city settled by German colonists, and admire the town's houses built in the Renaissance, Baroque, Provincial and neo-Classic style. Explore the medieval fortress of Brasov, formerly one of Europe's most secure fortresses. See the preserved old wall, the Black and White Towers and the Weaver's Bastion. Also, learn about Catherine's Gate, situated near the Schei Gate in the western part of the fortress and its 4 little towers symbolizing the medieval right of life and death over the vassal's lives.

The rich medieval heritage of the country is best illustrated by Romania’s fortresses and castles. While castles built from the 14th to the 18th century are strong and austere, intended mainly for military purposes, those erected in the late 1800’s display an imposing and luxurious architecture. The most popular examples are the 19th century Peles Castle, Royal Family summer residence, with its 160 rooms filled with priceless European art collections and, of course, Bran Castle, built at the middle of the 13th century and legendary home of Bram Stoker’s Count Dracula.

Surrounded by an aura of mystery and perched high on a 200-feet rock, Bran Castle became famous due to its imposing towers and turrets, as well as to the myth created by the English novelist Bram Stoker and his Count Dracula character.

The castle was first mentioned in an official document issued by King Louis I of Hungary in 1377, who gave the Saxons from Kronstadt (Brasov in German) the privilege to build the citadel on the site of a Teutonic Knights stronghold dating from 1212. During the first decades of the 20th century, the castle served as a royal residence for the Romanian Royal Dynasty, a gift of the people of Brasov to Queen Mary of Romania, wife of King Ferdinand I.

Narrow winding stairways lead through 60 timbered rooms, many connected by hidden passages, housing collections of furniture, weapons and armor from the 14th to the 19th century. The castle guards over the picturesque village of Bran, which can be described as an open-air ethnographic museum, consisting of old local-style village houses, complete with furniture, household objects and costumes.

Although Bram Stoker never traveled to Transylvania, he relied on research and his vivid imagination to create the dark story of Count Dracula, leading to the persistent myth that Bran Castle was once the home of Vlad Tepes, the ruler of Wallachia. While the historic association with Vlad Tepes, as well as the fictional one with Count Dracula are sketchy at best, the castle continues to hold a strong attraction among all fans of the Count. 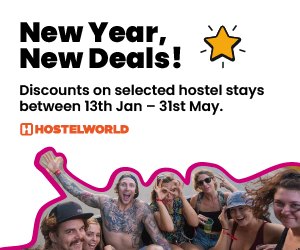 Find tours, attractions, things to do and fun activities from around the world